Bonduelle reduces environmental impact resulting from the transportation of its products 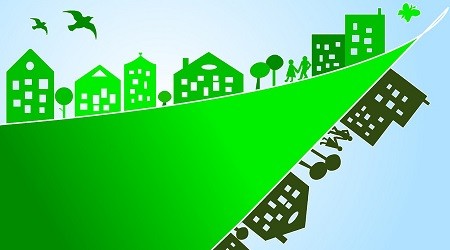 The Bonduelle group, for whom innovation and long-term vision is paramount, is diversifying its activities and geographical bases. Its vegetables, grown on over 128,000 hectares, are sold in 100 countries in all forms, under a variety of brands, in all distribution circuits and using a variety of technologies: canned, frozen and fresh and ready to eat.
Transport is a strategic element for Bonduelle: thousands of tonnes of products are carried from farms to factories and then from factories to distribution circuits.

MeasurementThe CO2 emissions measuring programme launched in 2008 has been extended to all inter-site flows (factories and logistic platforms) and deliveries to customers, in all European countries and Russia, and to exports. Development of road-rail transport flowsBonduelle has increased its efforts to find alternatives to transporting its products by road. For example, the Fresh Business Unit received a CO2 emissions saving certificate for setting up a road-rail system to transport salad from Murcia (Spain) to St Mihiel (France).64,000 tonnes of goods were carried in this way in 2013-2014.  Optimising transportTo reduce the number of lorries on the roads, Bonduelle launched a working group with McDonald’s France and its logistics partner to optimise transport flows. Increasing tonnageBonduelle is developing 44-tonne loads, recently authorised in France (instead of 40 tonnes), with its two main providers, to adapt this change to nearly all inter-site flows within France, thus reducing traffic by more than 230 lorries, or the equivalent of around 17,000 km. Best Practice spotted by World Forum for a Responsible Economy in 2012 and updated in 2015.

Anne-Sophie Ketterer, chargée de mission RSE, This email address is being protected from spambots. You need JavaScript enabled to view it.