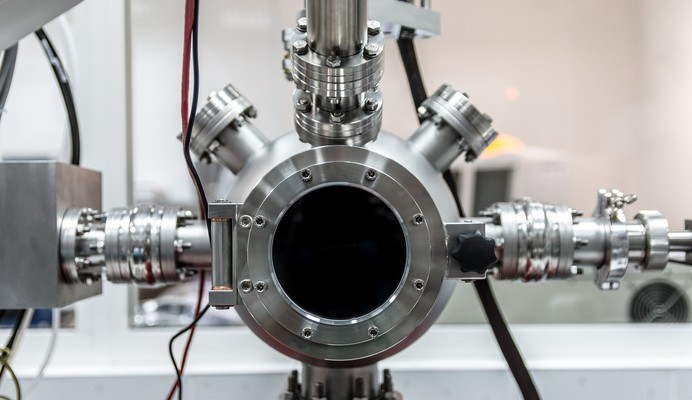 Located in the most arid place on the planet - the Atacama Desert in Chile - Neptuno Pumps understands the importance of the efficient use of resources. Established in 1972, it was the first manufacturer of pumps in the world to develop highly reliable, energy efficient equipment, 100% customized to client requirements by the use of industry 4.0 technology such as computer simulations, 3D printing and advanced manufacturing. However, the company was convinced that this was not enough to fight climate change and the over-exploitation of natural resources. This is why it developed the first circular economy model in the pump industry at the global level, reusing and recycling material from its old equipment and scrap, providing innovative, efficient and sustainable solutions by reusing, recycling and re-manufacturing.

Neptuno Pumps is the only manufacturer of pumps in the world that has won the "Innovation of the Year" prize three times and also won the “Manufacturer of the Year” at the prestigious Pump Industry Awards in Oxford, England. In addition, as a pioneer of the circular economy, Neptuno Pumps is the first company in Latin America to be recognised as a Runner Up at the awards known as The Circulars at the World Economic Forum, held in Davos. It is currently considered one of the 300 most sustainable solutions in the world in the Global Opportunity Explorer by Sustainia of the UN SDGs, fulfilling SDG 9, 12 and 13.

To develop a new circular business model, incorporating industry 4.0 technologies, typical of the fourth industrial revolution, and to contribute at the same time to the development of the SDGs, in particular Goals 9, 12 and 13.  This is achieved with an innovative and sustainable circular model with its clients and strategic partners, designing pumps that are up to 30% more efficient and up to 1000% more reliable, producing 60% of their products with material reused and recycled from scrap equipment, reducing their carbon footprint by 70%, and reducing waste by up to 75%. In addition, by being a company with all its engineering and manufacturing processes vertically integrated, Neptuno Pumps has understood the importance of re-manufacture, and offers re-manufactured products that are up to 25% more energy efficient, 30% cheaper and with the same guarantee as new equipment. By creating new partnerships with its clients, the company intends to make 90% of its products from recycled and reused materials in the next five years.

Neptuno Pumps has been developing a circular economy model for 46 years, based on the design and manufacture of pumping equipment that is highly energy efficient and on the recycling, re-manufacturing and reusing of resources, materials and products. However, since 2014 the company has begun a total transformation of its processes in order to become a leading light in circular economy at global level:

Pumps represent a market of Euro 40 billion per year and consume 10% of the energy generated annually on the planet, transporting 80% of the water we use every day. However, 80% of pumps operate with energy efficiency below 50%, as they generate significant quantities of CO2 in their operation, as well as of waste once their useful life is over. These effects can be reduced by using industry 4.0 technologies and circular economy, a strategy that has placed Neptuno Pumps in the position of world leader.

Results are better explained through success stories, and three of these have been recognised as “Innovation of the Year” with another reaching finalist in “Environmental Contribution of the Year” at the most important awards in the pumping industry worldwide, Pump Industry Awards in the United Kingdom.

The first article for World Pumps Magazine (5/2012) presented an increase of 31% in pumping capacity with energy saving of 34%, saving Euro 1.5 million per year in energy; the second (10/2014) showed how re-manufacturing produced a saving of Euro 560,000 per year and a 600% increase in the availability of pumps; the third article (8/2015) demonstrated how the circular model allowed for an annual energy saving of Euro 500,000, reducing annual carbon emissions by 3,798 tonnes; the fourth (December 2015) showed how an innovative design and the re-manufacturing of equipment enabled an annual saving of approximately Euro 4.3 million in maintenance and repairs. Finally, the fifth article (1/2016) shows how the circular economy has enabled a client to save Euro 120,000 in the re-manufacturing of four pumps, with a 60% reduction in energy consumption, 75% in waste and 70% in carbon emissions by choosing to re-manufacture rather than to buy new equipment.

The circular economy, as part of the SDGs, aims for the triple effect of creating new businesses, generating high-quality new jobs and fighting climate change. These have been the benefits generated by Neptuno Pumps at national and international level since adopting a circular model.

The circular model and the achievement of SDGs 9, 12 and 13 by Neptuno Pumps have made it possible to recycle hundreds of thousands of cubic metres/hour of water which previously was wasted in various industries of Latin America, reducing annual carbon emissions in their manufacturing processes and the processes of their clients by thousands of tonnes, reusing and recovering thousands of tonnes of valuable pump material which previously had been thrown away and wasted.

This new business model has enabled high-quality new jobs to be created in a region of Chile which had been one of the three worst areas of the country for unemployment over recent years. Extending this model will mean increasing job creation for qualified workers in Chile and in countries such as Peru and Mexico, where Neptuno Pumps now has a presence.

Petar Ostojic; This email address is being protected from spambots. You need JavaScript enabled to view it.