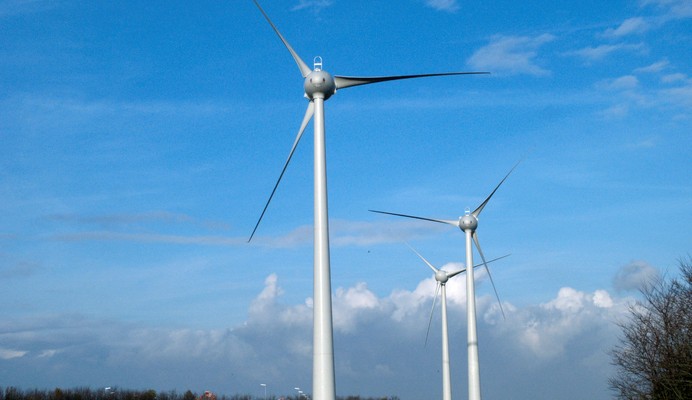 Created in 1994, the Getlink Group consists of several companies versed in infrastructure management and transport operations in France and Great Britain.

Major player in its natural, economic and human environment, Getlink Group exercises its social responsibility through concrete commitments and initiatives that take into account the interests of the company, those of the community and all its stakeholders.

Getlink considers its support for renewable energy is part of its social responsibility. In addition to further realize its commitment to sustainable development, the Group has allowed, in 2010, on its Coquelles site the installation of a wind farm.

Each with a height of 49 meters and a rated power of 800 kW, three wind turbines produce the equivalent of the annual electricity consumption of 2,000 households (excluding heating).

Combining ecological project and solidarity actions, Getlink is committed to pay 10 % of the revenue from the operation of wind turbines to the French Secours Populaire, these gifts are distributed primarily in the form of " energy vouchers."

Best Practice spotted in 2013 by World Forum for a Responsible Economy and updated in 2018 for its evolution.