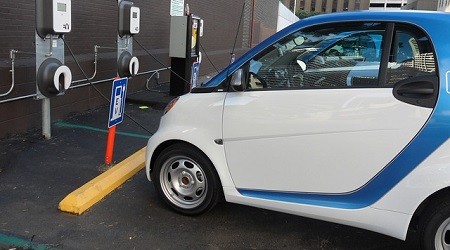 Tristar was established in 1998 in the United Arabian Emirates and has grown into a fully integrated liquid logistics company operating in 12 countries in the Middle East, Asia, Africa, the Pacific and Central America.  Its vision is to be a responsible business by creating a world High Security Environment culture in all its business activities by implementing best in class practices from across the globe. Tristar organized a road safety campaign for school children titled ‘My First License - I Know My Road Rules' to create awareness on the need to strictly follow traffic regulations and to develop safe driving habits from a young age.

- Creating safety culture in children at a young age : need to respect the road rules ; developing the customs
- Encouraging children to influence their parents and friends on road safety
- Enhance company image as a responsible entity who pays back to local community

Children retain habits that they learn during first few years. Using this idea, a road safety project was launched which was aimed at educating young school children about road safety. Students aged 4-8 years from local schools were targeted.

Each session included road safety lecture from experts followed by road safety quiz. Since the campaign was aimed at familiarizing students on road safety rules they had to drive a pedal car and follow all the basic road safety rules such as road signs, zebra crossings, traffic signals and roundabouts. This gave them young drivers of tomorrow a hands on feel of  what to expect when driving. There were volunteers from Tristar to act as wardens and manage the flow of pedal cars in the training hall. At the end of each session students were issued a plastic card bearing their photo and name. A coloring booklet on road safety was also issued to students after each session to make them feel happy.  Around 5000 children were covered during this campaign. The campaign was met with favorable reception from all involved and conceded to be a great success.

- Brand image of a responsible business.
- Tristar received the Arabia CSR Award under the best newcomer category in 2011.
- The company won the UK-based RoSPA (Royal Society for Prevention of Accident) Gold Award in 2012 under the Managing Road Risks category. The company also received the UK-based IOSH (Institute of Occupational Health and Safety) Award in 2012
- This initiative was published in the UN Global Compact Yearbook 2012 as a best practice.
- Tristar has been invited to showcase its best practices at various business and other high level forums.

- Education of society for the need to develop safe driving habits.
- Encouragement to employees to contribute to community development.
- Creating public awareness on traffic rules and regulations and to responsible business.
- The company received a RoSPA Gold Award in 2012 under the Occupational Health & Safety category
- Ratifies and strengthens our position as a socially responsible business.

Eugene Mayne, PDG, This email address is being protected from spambots. You need JavaScript enabled to view it.