SNCF strives for a diverse workforce 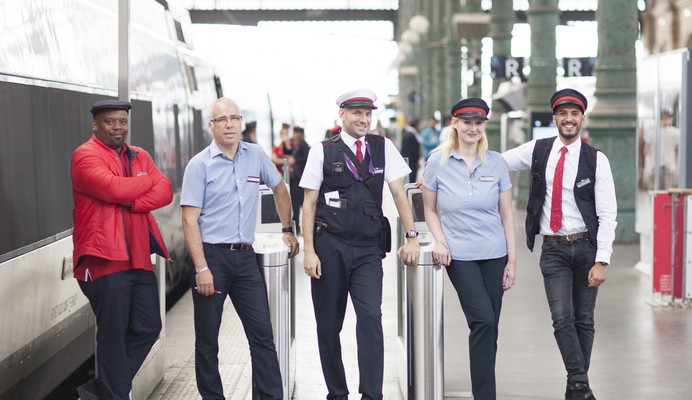 SNCF positions diversity at the core of its vision with the ambition that its employees reflect its clients differences, from social to geographic and cultural diversity. Such an ambition requires a human resource approach based on the promotion of diversity and an in-depth dialogue with social partners.

“SNCF au Féminin” (SNCF’s Women’s Network) continues to thrive. The network missions are to promote the integration of women on traditionally men-held position, to ensure professional and family life balance and to raise awareness among the Group’s managers. In 2016, 5 000 SNCF women participated to the network activities.

Best Practice spotted by the World Forum for a Responsible Economy in 2012 and updated in 2017.

The promotion of diversity fosters:

Among its global workforce, SNCF employs:

Florence Cousin, Chargée de Communication Développement Durable, This email address is being protected from spambots. You need JavaScript enabled to view it.