RABOT DUTILLEUL GROUP IMPLEMENTS AN ACTION PLAN FOR THE DISABLED 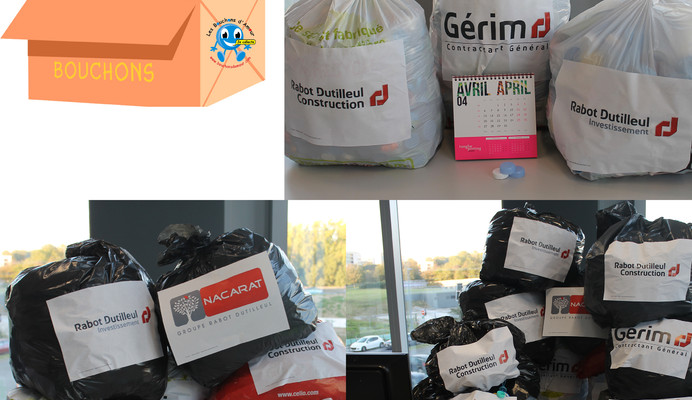 An independent and international family group for promotion and building, Rabot Dutilleul is one of the ten leading actors in France in the civil engineering area. Founded in 1920 in the city of Lille, the company developed its skills in the complementary businesses tied to construction, thus acquiring nearly total mastery of the real estate chain. Rabot Dutilleul cultivates values based on group performance, with nearly 1,850 employees, and aims to establish long-lasting relationships with its partners. Present in France, Belgium and Poland, the Group is held at 85% by the Dutilleul family and at 15% by employees. Robot Dutilleul implemented two successive action plans for the disabled: in 2012-2014 and in 2015-2017.

The first Rabot Dutilleul Action Plan for the disabled was implemented in 2012-2014 on the initiative of the Group Human Resources Department. Actions (continuing today) include:

Objectives: Continue to raise employee awareness • Mobilize employees • Be a company that welcomes the disabled • Recruit the disabled and keep them on the job • Reduce the AGEFIPH contribution • Develop partnerships with protected and adapted sectors

Rodolphe DEBORRE Directeur développement durable et innovation This email address is being protected from spambots. You need JavaScript enabled to view it.