ITAIPU BINATIONAL (Brazil and Paraguay) towards a responsible leadership 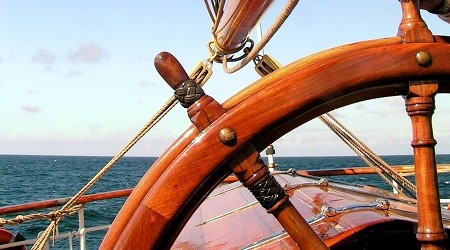 Created in 1974 for the construction of a dam between Paraguay and Brazil, the company Itaipu binacional throws a colossal construction site to become the first hydroelectric producer of the world. After 20 years of construction, production starts with the first unit in 1984, a 2nd turbine in 1991, and attains its complete capacity of 20 turbines in 2007. The company tried to limit the negative impacts linked to this type of work such as the displacements of population, the flooded zones and to maximise the production of a clean energy. Referred to as the 7th wonder of the world in 1994, the site required some adjustments of governance between the countries and the populations concerned.

Action on the impacts
The construction site, started in 1974, has caused the displacement of 42000 people including 38000 farmers, who had to immigrate to neighbouring countries (Brazil, Argentina or Paraguay), some joining the movement of landless rural workers, others using their allowances to buy land. 1500 km2 of forests and agricultural areas have been sunken (with fauna and flora); but the Mymba Kuera operation has helped to save 4500 animals (monkeys, pigs epics, lizards, spiders, turtles) who were brought in a  dry nearby area . Thanks to their research on minimization of impacts, Itaipu has the best ratio of electric production / area flooded, than any other dams in Brazil.
Tripartite agreements
In 1979, Itaipu binacional aksed Argentina to join the Treaty, signed in 1973 between Paraguay and Brazil, to establish the rules of the level of the rivers spills (the dam has the capacity to flood the city of Buenos Aires!); In 2009, the renegotiated agreement between Paraguay and Brazil favours a more equitable sharing of the production. Finally, pursuant to the agreements signed, as from 2007, a maximum of 18 units of production on the 20 are simultaneously in operation, thus allowing the regular maintenance of 2 units.
Clean energy and impacts on the local economy
The dam allows to satisfy 50% of the energy needs of the Paraguay, and 17% of those of Brazil. The final work is also known for the beauty of the site and its architecture (designated 7th wonder of the world in 1984), leading to educational and tourist visits. In 2003, the company created the technological park of Itaipu, in order to promote the new energies in partnership with private companies, government agencies and research institutions. For example, in 2013, 32 electric vehicles of Renault were purchased for the use of Itaipu and the Park companies. Itaipu is an active member of international sustainable development forums. The company supports local organic farming for the school canteens, accompanied by actions to empower women...